A Glimpse at the Author 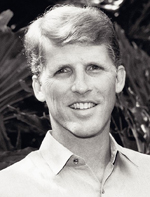 Steve Olson is the author of Mapping Human History: Genes, Race, and Our Common Origins (Boston: Houghton Mifflin), which was one of five finalists for the 2002 nonfiction National Book Award and received the Science-in-Society Award from the National Association of Science Writers. His book, Count Down: Six Kids Vie for Glory at the World’s Toughest Math Competition (Boston: Houghton Mifflin), was named a best science book of 2004 by Discover magazine. His most recent book, cowritten with Greg Graffin, is Anarchy Evolution (New York: HarperCollins). He has written several other books, including Evolution in Hawaii and Biotechnology: An Industry Comes of Age.

He has been a consultant writer for the National Academy of Sciences and National Research Council, the White House Office of Science and Technology Policy, the President’s Council of Advisors on Science and Technology, the Howard Hughes Medical Institute, the National Institutes of Health, the Institute for Genomic Research, and many other organizations. He is the author of articles in The Atlantic Monthly, Science, Smithsonian, The Washington Post, Scientific American, Wired, The Yale Alumni Magazine, The Washingtonian, Slate, Teacher, Astronomy, Science 82-86, and other magazines. In September 2004 he published with two coauthors an article in Nature that presented a fundamentally new perspective on human ancestry. From 1989 through 1992 he served as Special Assistant for Communications in the White House Office of Science and Technology Policy. He earned a bachelor’s degree in physics from Yale University in 1978.