For the past three decades, I have worked as a consultant writer and editor for various scientific organizations based in Washington, D.C., including the National Academy of Sciences, the Howard Hughes Medical Institute, the Institute for Genomic Research, the Mathematical Sciences Research Institute, the National Institutes of Health, the National Science Foundation, and the White House Office of Science and Technology Policy. The writing I’ve done as a consultant has been some of the best, most widely read, and most influential writing I’ve done. Plus, many of the ideas I’ve had for magazine articles and books have come directly from my work as a consultant writer.

Here’s a very incomplete list of the reports, books, and white papers to which I’ve contributed:

Realizing the Full Potential of Health Information Technology to Improve Healthcare for Americans: The Path Forward, President’s Council of Advisors on Science and Technology, 2010

Accelerating the Pace of Change in Energy Technologies Through an Integrated Federal Energy Policy, President’s Council of Advisors on Science and Technology, 2010

Prepare and Inspire: K-12 Education in Science, Technology, Engineering, and Math (STEM) for America’s Future, President’s Council of Advisors on Science and Technology, 2010

A New Biology for the 21st Century, National Research Council, 2009

Science, Evolution, and Creationism, National Academy of Sciences and Institure of Medicine, 2008

“Evolution in Hawaii: A Supplement to Teaching About Evolution and the Nature of Science,” National Academy of Sciences, 2004

“Overview,” Principles and Standards for School Mathematics, National Council of Teachers of Mathematics, 2000

“Inquiry and the National Science Education Standards: A Guide for Teaching and Learning,” National Research Council, 2000 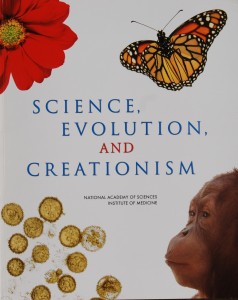 “Teaching About Evolution and the Nature of Science,” National Academy of Sciences, 1998

“Science, Medicine, and Animals,” National Academy of Sciences and Institute of Medicine, 1991